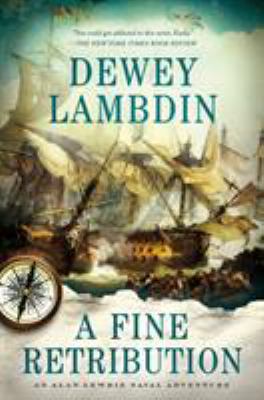 Dewey Lambdin is the reigning master of maritime fiction, celebrated as the heir to Patrick O'Brian and C.S. Forester. For over twenty years, his devoted fans have followed the adventures of Alan Lewrie, Royal Navy, from his days as a midshipman to captain of his own ship and, though on somewhat dubious grounds, a baronetcy. Summer, 1809, and Captain Alan Lewrie, RN, wins fame, glory, and prize-money leading his squadron to victory over four French frigates. Battle damage, though, costs Lewrie his command, ship, and crew. He returns to London a hero, but, as weeks on half-pay turn to months, and no new command is offered, he's forced to lease a house and furnish it, unsure if he will ever go to sea again! At least Lewrie can have his portrait done by Miss Jessica Chenery, an intriguing young lady he takes for his wife, after seven years as a widower. In the midst of newly wedded bliss, an old friend poses a project for landing battalion-sized raids on enemy coasts. Though he never expects it to amount to anything, since it's too novel, Lewrie soon finds himself assigned to lead the proposed raid. Despite the stumbling blocks thrown in his way by his foes in the Navy, it's failure and ignominy, or shining success to prove himself to be won and rub their noses in it!--
Check Availablity View on Amazon

83372
x
Due to inclement weather and travel advisories, all Howard County Library System branches are closed today. Items scheduled for contactless pickup today will be held through Friday, August 7, without making a new reservation.