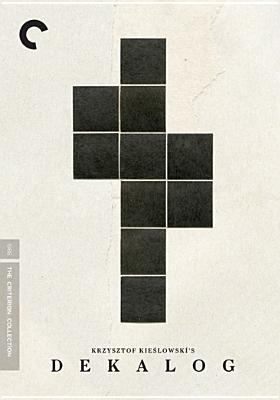 Originally made for Polish television, Dekalog focuses on the residents of a housing complex in post-Communist Poland, whose lives become subtly intertwined as they face emotional dilemmas that are at once deeply personal and universally human. Using the Ten Commandments for thematic inspiration and an overarching structure, the ten hour-long films deftly grapple with complex moral and existential questions concerning life, death, love, hate, truth, and the passage of time. Also presented are the longer theatrical versions of the series' fifth and sixth films: A short film about killing and A short film about love.
Check Availablity View on Amazon

70322
x
Contactless pickup of holds and Bundle Bags are available at all branches. Details at https://hclibrary.org/contactless-pickup.
x
Due to inclement weather, all HCLS branches will open at 11 am on Tuesday, January 26. Items previously scheduled for contactless pickup on Tuesday morning can be picked up Tuesday afternoon through Thursday of this week. We regret the inconvenience.