Quick Links:
You are here: Home / Polaris / Enemy of the good
nn

Enemy of the good 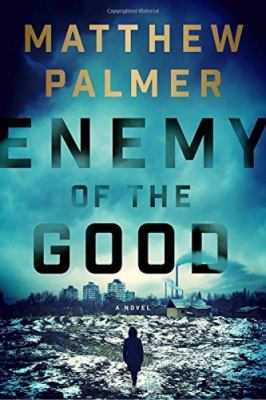 Katarina Kate Wallander is a second-generation Foreign Service officer, recently assigned to Kyrgyzstan. She's not there by chance. Kate is a Foreign Service brat who attended high school in the region; her uncle is the U.S. ambassador to the country, and he pulled a few strings to get her assigned to his mission. U.S.-Kyrgyz relations are at a critical juncture. U.S. authorities have been negotiating with the Kyrgyz president on the lease of a massive airbase that would significantly expand the American footprint in Central Asia and could tip the scale in the Great Game, the competition among Russia, China, and the United States for influence in the region. The negotiations are controversial in the United States because of the Kyrgyz regime's abysmal human-rights record. The fate of the airbase is balanced on a razor's edge. Amid these events, Kate's uncle assigns her to infiltrate an underground democracy movement that has been sabotaging Kyrgyz security services and regime supporters. Washington has taken an interest in the movement, her uncle conveys, and may find it worth supporting if they understand more about the aims and leadership. And Kate has an in--many followers of the movement were high school classmates of hers. But it soon becomes clear that nothing about Kate's mission is as it seems. and that she might need to lay her life on the line for what she knows is right.--
Check Availablity View on Amazon

82667
x
Due to inclement weather and travel advisories, all Howard County Library System branches are closed today. Items scheduled for contactless pickup today will be held through Friday, August 7, without making a new reservation.