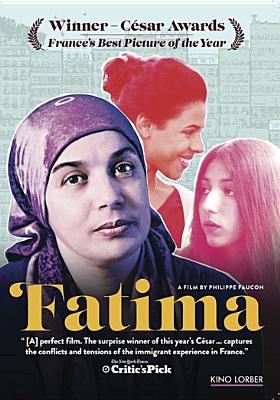 Fatima lives on her own with two daughters to support: 15-year old Souad, a teenager in revolt, and 18-year old Nesrine, who is starting medical school. Fatima speaks French poorly and is constantly frustrated by her daily interactions with her daughters. Her pride and joy, they are also a source of worry. To ensure the best possible future for them, she works odd hours as a cleaning woman. One day, she takes a fall on the stairs. On leave, Fatima begins to write to her daughters in Arabic that which she has never been able to express in French.
Check Availablity View on Amazon

73438
x
All HCLS buildings remain closed at this time. Returns and contactless pickup of holds available at all branches. Details at http://hclibrary.org/contactless-pickup.