Quick Links:
You are here: Home / Polaris / I am death
nn 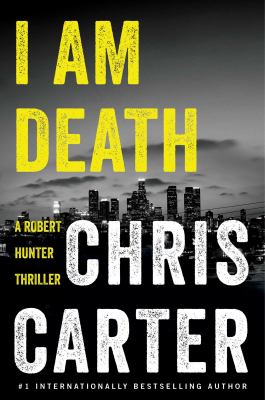 In Top 10 Sunday Times (UK) bestselling author Chris Carter's electrifying follow-up to his chilling (Daily Mail) thriller An Evil Mind, the LAPD's Ultra Violent Crimes Unit lead detective, Robert Hunter, races to stop a serial killer whose past secrets rival those of Hunter's himself. Seven days after being abducted, the body of a twenty-year-old woman is found on a grassy area by the Los Angeles International Airport. She has been left with her limbs stretched out and spread apart, placing her in a five-point human star. The autopsy reveals that she has been tortured and murdered in a bizarre way but the surprises don't end there. The killer likes to play, and he left something behind for the cops to find. Detective Robert Hunter is assigned to the case but almost immediately a second body turns up. Detective Hunter quickly realizes that he is chasing a monster--a predator whose past hides a terrible secret, whose desire to hurt people and thirst for murder can never be quenched--for he is DEATH.--
Check Availablity View on Amazon

83390
x
All HCLS buildings remain closed at this time. Returns and contactless pickup of holds available at all branches. Details at http://hclibrary.org/contactless-pickup.