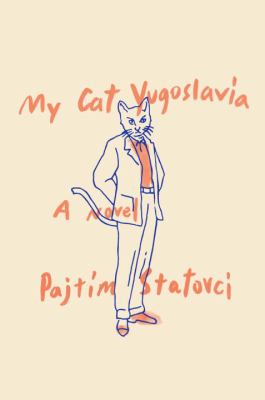 Already an international sensation: a debut novel that tells a love story set in two countries in two radically different moments in time, bringing together a young man, his mother, a boa constrictor, and one capricious cat. In 1980s Yugoslavia, a young Muslim girl is married off to a man she hardly knows, but what was meant to be a happy match goes quickly wrong. Soon thereafter her country is torn apart by war and she and her family flee. Years later, her son, Bekim, grows up a social outcast in present day Finland, not just an immigrant in a country suspicious of foreigners, but a gay man in an unaccepting society. Aside from casual hookups, his only friend is a boa constrictor whom, improbably--he is terrified of snakes--he lets roam his apartment. But during a visit to a gay bar, Bekim meets a talking cat who moves in with him and his snake. It is this witty, charming, manipulative creature who starts Bekim on a journey back to Kosovo to confront his demons, and make sense of the magical, cruel, incredible history of his family. And it is this that, in turn, enables him finally, to open himself to true love--which he will find in the most unexpected place.--
Check Availablity View on Amazon

82874
x
Due to inclement weather and travel advisories, all Howard County Library System branches are closed today. Items scheduled for contactless pickup today will be held through Friday, August 7, without making a new reservation.