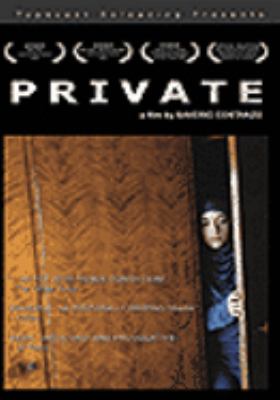 Mohammad, his wife Samia, and their five children live in a large, isolated house located midway between a Palestinian village and an Israeli settlement. Viewed as a strategic lookout point, the house is forcefully overtaken by Israeli soldiers, who confine Mohammad and his family to a few downstairs rooms in daytime and a single room at night. Against Samia's wishes, Mohammad decides to keep the family together in the house until the soldiers move on, creating division among his family and a precarious relationship with the soldiers.
Check Availablity View on Amazon

78554
x
Due to inclement weather and travel advisories, all Howard County Library System branches are closed today. Items scheduled for contactless pickup today will be held through Friday, August 7, without making a new reservation.