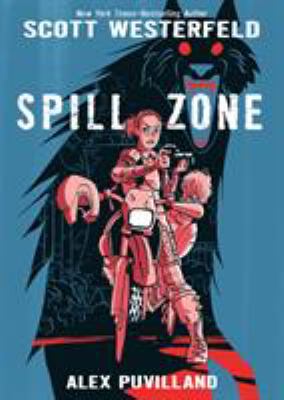 Three years ago an event destroyed the small city of Poughkeepsie, forever changing reality within its borders. Uncanny manifestations and lethal dangers now await anyone who enters the Spill Zone. The Spill claimed Addison's parents and scarred her little sister, Lexa, who hasn't spoken since. Addison provides for her sister by photographing the Zone's twisted attractions on illicit midnight rides. Art collectors pay top dollar for these bizarre images, but getting close enough for the perfect shot can mean death--or worse. When an eccentric collector makes a million-dollar offer, Addison breaks her own hard-learned rules of survival and ventures farther than she has ever dared. Within the Spill Zone, Hell awaits--and it seems to be calling Addison's name --
Check Availablity View on Amazon

81394
x
Howard County Library System is closed until further notice following Governor Hogan’s orders on continued social distancing and urging residents to stay home. Keep items at home until we reopen; do not put them in book drops. Fines waived during this time. Watch this site and follow us on social media for updates.