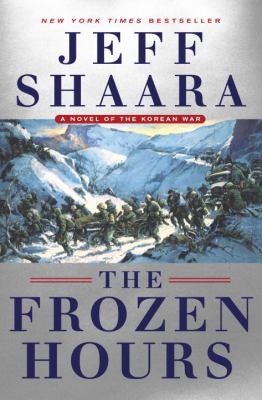 a novel of the Korean War

June, 1950: the North Korean army, a formidable force backed by Soviet arms and training, invades South Korea, with the intent of uniting the country under Communist rule. In response, the United States mobilizes a force to defend the overmatched South Korean troops. But the US is no better equipped than their allies. The American and United nations troops are fighting for their lives against the most brutal weather conditions imaginable, and an enemy that outnumbers them more than six to one. This struggle, and how the Americans respond, form the core of this novel. The Frozen Hours tells the story of Frozen Chosin from multiple points of view: Oliver P. Smith, the commanding general of the American 1st Marine Division, who famously redefined defeat as advancing in a different direction; Marine Private Pete Riley, a World War II veteran who now faces the greatest fight of his life; and the Chinese commander Sung Shi-Lun, charged with destroying the Americans he has so completely surrounded, ever aware that above him, Chairman Mao Tse-Tung watches his every move.--
Check Availablity View on Amazon

82679
x
All HCLS buildings remain closed at this time. Returns and contactless pickup of holds available at all branches. Details at http://hclibrary.org/contactless-pickup.