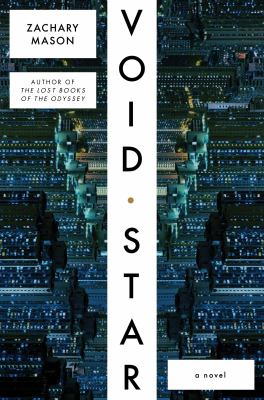 Although the seas have risen and the central latitudes are emptying, it's still a good time to be in San Francisco, where weapons drones patrol the skies to keep out the multitudinous poor. Irina isn't rich, but she does have an artificial memory that gives her perfect recall and lets her act as a medium between her various employers and their AIs, which are complex to the point of opacity. It's a good gig, paying enough for the annual visits to the Mayo Clinic that keep her from aging. Kern, on the other hand, has no such access; he's one of the many refugees in the sprawling drone-built favelas on the city's periphery, where he lives like a monk, training relentlessly in martial arts, scraping by as a thief and an enforcer. Thales, the mathematically inclined scion of a Brazilian political clan, has fled to L.A. after an attack that left him crippled and his father dead. Life goes on until one day, Irina finds a secret in the reflection of a laptop's screen in her employer's eyeglasses, Kern steals from the wrong mark, and a ragged stranger accosts Thales and demands to know how much he can remember. As they're pushed together by subtle forces that stay just out of sight, Irina, Kern, and Thales learn that none are safe.--
Check Availablity View on Amazon

82376
x
Contactless pickup of holds and Bundle Bags are available at all branches. Details at https://hclibrary.org/contactless-pickup.