PressReader: Read thousands of newspapers and magazines from around the world and instantly translate them from one language into another. Only includes last 90 days of news, no historic archives.


ProQuest Global Newsstream [was ProQuest Newsstand]: Includes more than 1,600 U.S. and world newspapers, such as the Los Angeles Times, the Chicago Tribune, the Toronto Star, the Guardian, etc.

Baltimore Afro-American Archives (1893 – 1988): Often called The Afro, this weekly newspaper was the most widely circulated African American paper on the Atlantic coast. It was the first black newspaper to have correspondents reporting on World War II as well as foreign correspondents and female sports correspondents.

Nineteenth Century U.S. Newspapers: Features full-text and images from urban and rural papers throughout America in the 1800s, with an emphasis on topics such as the American Civil War, African-American culture and history, Western migration, and Antebellum-era life. 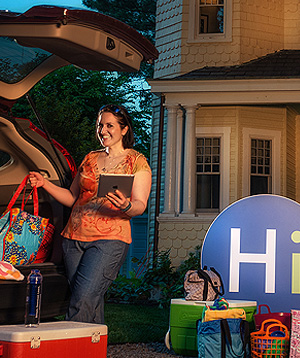 "Family vacations should be fun for everyone but just to be sure, I take HCLS along for the ride.  With free access to movies and music my HCLS library card assures backseat harmony, rainy day peace of mind, and a mellow mood for all!"