There are 4 upcoming classes.

Zachary Grim enjoys a multifaceted career in performance, teaching, and research. His programs, which focus on the music of the 20th and 21st centuries, have led him to collaborate with variety of venues and organizations such as the Newman Center for the Performing Arts, Society of the Cincinnati, Bethlehem Bach Choir, Walters Art Museum, Pennsylvania Sinfonia Orchestra, Allentown Band, and guitar societies on both the east and west coasts. While Zachary brings his music to the concert hall, his mission as a 21st century musician to engage new audiences unfamiliar with the guitar’s vast repertoire has led him to listening rooms, clubs, music therapy centers, radio, and even living rooms to share these intimate programs.

Please register with an email address to receive an immediate registration confirmation with a link to join the class/event. This email will also contain the dial-in information if you wish to participate by telephone.


FREE tickets for Zoom Webinar and Facebook Live go on sale October 27 at 9am through Eventbrite. Click here to register beginning 10/27/2020.

Join us as we honor Devin Allen's work, lead in conversation with DeRay Mckesson.

Devin Allen is a self-taught artist, born and raised in West Baltimore. He gained national attention when his photograph of the Baltimore Uprising was published on the cover of Time in May 2015 – only the third time the work of an amateur photographer had been featured. Five years later, after the death of George Floyd, Tony Mcaded, and Breonna Taylor, his photograph from a BlackTrans Lives Matter protest was published on the cover of Time magazine for 2nd time in June 2020. His photographs have also appeared in New York Magazine, the New York Times, the Washington Post, and Aperture and in the permanent collections of the National Museum of African American History & Culture, the Reginald F. Lewis Museum, and the Studio Museum in Harlem. He is the founder of Through Their Eyes, a youth photography educational program, and the winner of the 2017 Gordon Parks Foundation Fellowship. In 2017 he nominated for an NAACP Image Award for debuting author for his book "A Beautiful Ghetto, and Award from The Maryland Commission on African American History and Culture for dynamic leadership in the Arts and Activism.

DeRay Mckesson is a civil rights activist focused primarily on issues of innovation, equity and justice. Born and raised in Baltimore, he graduated from Bowdoin College and holds honorary doctorates from The New School and the Maryland Institute College of Art. DeRay has advocated for issues related to children, youth, and families since he was a teen. As a leading voice in the Black Lives Matter Movement and a co-founder of Campaign Zero, DeRay has worked to connect individuals with knowledge and tools, and provide citizens and policy makers with commonsense policies that ensure equity. He has been praised by President Obama for his work as a community organizer, has advised officials at all levels of government and internationally, and continues to provide capacity to activists, organizers, and influencers to make an impact.

Send questions for Devin Allen to [email protected] by November 9, to be answered during the live program.

ASL interpretation will be available for attendees.

This lecture is made possible by the Hackerman Foundation.


Join other adults who knit crochet embroider and sew in an open forum for creating conversing sharing and learning. To register and receive links/instructions email [email protected]


Join other adults who knit crochet embroider and sew in an open forum for creating conversing sharing and learning. To register and receive links/instructions email [email protected] 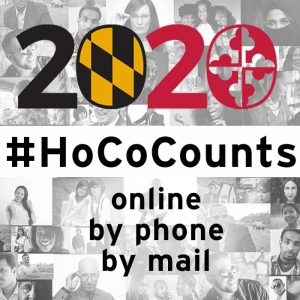 103026
x
All HCLS buildings remain closed at this time. Returns and contactless pickup of holds are available at all branches. Details are at http://hclibrary.org/contactless-pickup.